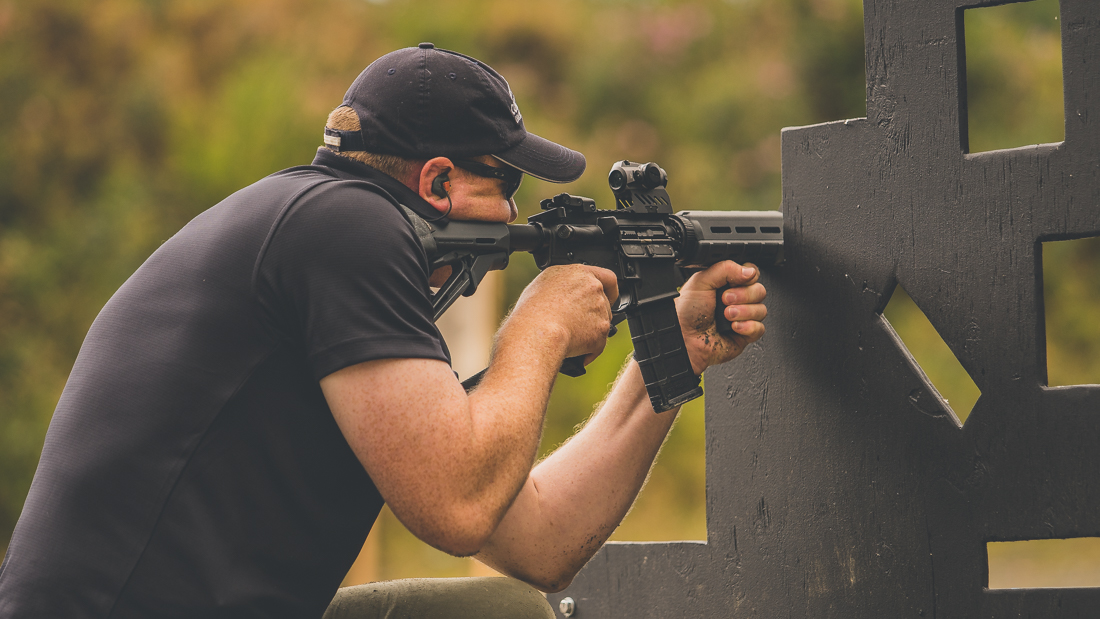 It’s been said that the United States was built with the axe, the plow, and the rifle. As a hunting implement, the rifle provided early Americans with food, and as a defensive tool, it offered safety. In the wake of the Revolution, the frontier rifle became an icon of American resistance to tyranny and struggle for freedom. Rifles have continued to play a prominent role in American culture and history from early days to the present.

The inherent advantages of rifles as a defensive tool are apparent. Rifles offer greater ammunition capacity, more powerful cartridges, and the potential for greater precision at all distances than handguns or shotguns. Modern rifles are reliable, easy to maintain, and can be used to good effect with proper training and practice.

“TAR-One” is a beginner level rifle/carbine class that introduces shooters to concepts of safety, marksmanship, and manipulation in the tactical deployment of modern rifles. We emphasize the importance of combat mindset and and sound decision-making as the foundation for the “tactical application” of the rifle platform.

*Other centerfire rifles or carbines of .22 caliber or greater are permitted for this course, (including pistol-caliber carbines) however the majority of training and mechanics will be focused on the operation of the AR-15/M-16/M4 weapon system.

One- or two-point adjustable sling.

Magazine pouches, bandoleers, stock ammo carriers, or some practical method of ready-accessible ammunition for your rifle.

Attire and Other Required Gear:

Bring a packed lunch/snacks and plenty of water

Estimated Ammo Count: 200 rounds (bring more if you can), FMJ or frangible recommended

Reloaded ammo may be fired at the operator’s own risk.

In order to take this class, you must be a citizen of the United States, not legally prohibited from possessing a firearm or ammunition, and at least 16 years of age. Minors under 18 years of age must present a signed parental consent.